FAITH – Your Connection to God the Father

Why Did God Let Adam and Eve Eat the Fruit?

He created Adam in the Flesh, which was glorified flesh, it did not have sin, curse or death over it. But it was adam because of his rebellion and disobedience brought sin, curse and death into his flesh. He turned his glorified flesh into one under Death and suffering, and that is the cause of all sufferings in the earth in mankind. Now what adam did, did not just cause suffering to the human race, but now the Lord had to redeem us from this cursed flesh and death by going through that same cursed flesh himself. He had to take the form of that flesh which is no longer a glorified flesh as He had created in Adam before the fall, but it’s a flesh under sin, death and curse. He had to take the form of this fallen flesh and go through the suffering of being in that flesh and experience the weight of sin and curse and death. He loved us so much, He was willing to go through this to redeem us.

So when God decided to give the option for Adam to disobey and fall, it was a necessary risk that God had to take if He wants to create man in His image and give Him a free will. It did not just risk adam losing his Blessed state and falling into curse and suffering, but it was a risk God was opening up himself to, and that is, if adam falls from his glorified state into a curse state, then the only way for him to be restored to the Blessed state is for God himself to take the form of that cursed flesh and subject Himself to sufferings and death and redeem us through suffering in His flesh. God was willing to take that risk, because He felt; to truly create man in His own image and His likeness, man has to be given a free will just like God has a free will, only then can He say they are my Son and Daughter created in my likeness and image with all my attributes. In short, God is a good Father and whatever He does, it is for our good, and He has marvelous plans for us, above and beyond what we can think or imagine. Praise Him.

God’s Plan or Your Own Plan 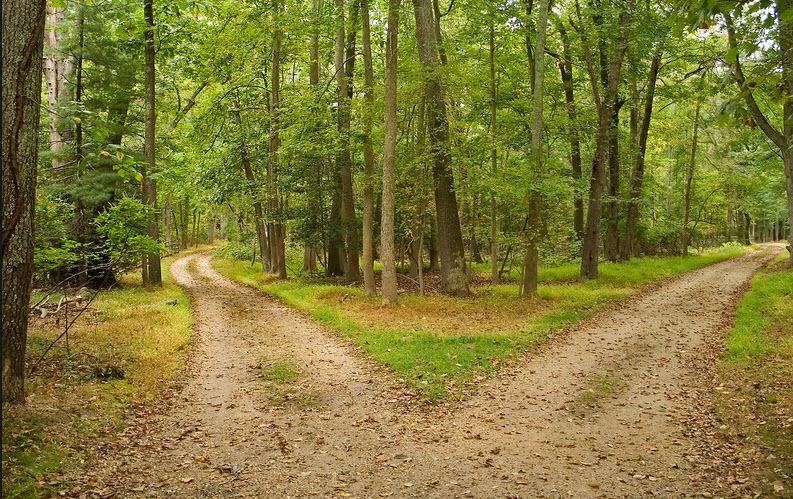 for they have not rejected you, but they have rejected Me from being King over them – (1 Samuel 8:7)

Nevertheless, the people refused to listen to the voice of Samuel, and they said, “No, but there shall be a king over us, 20 so that we too may be like all the nations [around us], that our king may judge [and govern] us and go out before us and fight our battles.” –( 1 Samuel 8:19,20)

Our walk with the Lord is one of a mutual nature. He does everything in cooperation with us. He does not impose His will on us, but He does desire that we understand Him and His plan for us and submit to it, rather than following our own desire and agenda.

He created Adam and gave Him the freedom to choose, even though He wanted Adam to follow Him and His Word, He did not force him to submit to His will. Adam chose to go independent of God and follow his own plan for his life. The end result of choosing his own plan gave birth to sin, curse and death. It did not end well.

In the above verses, the Israelites had the option of God Himself being their King, which would have been a glorious plan for the nation of Israel, but they wanted to be like other nations with their own King. God granted their request, but it was not His ideal plan for them.

When it comes to deciding between following your own plan for life and His, it is beneficial for us to go with His plan which is beyond our wildest imagination, for He is a good God. The flesh in us will want to go its own way, but we need to bring it to subjection to the Law of the Spirit and follow the will of God. (Romans 8:5)

Jesus submitted to the will of God rather than following his own will, that’s the example we need to follow in our walk with the Lord.

He will sure reveal His plan to us. Make Him the high priority in life and spend time with Him in Prayer and the Word and He will talk to our spirit through the Holy Spirit and let us know His plan for our life. He said my sheep hear my voice. So be assured that He will sure talk to you and let you know His way and plan. When you need to decide, make sure that no matter what you feel about it at the moment, just accept and follow His plan than your own plan for your life.

Hearken to His voice and Follow Him and Be Blessed!

I AM a good Father – From God

I am not pleased when my children think of me as the one who causes sickness, diseases, poverty and other oppressions, sometime they think I cause it for their good, which is not true. I do not like myself presented as a Father who gives them trouble or hardship or one who will not rescue them when they are in trouble, in sickness, poverty or under oppression. I like my children to see me as a good Father, someone who gives good things to enjoy, rescues when they are in trouble. I am glorified when my children see me as a loving and caring Father who is for them, it delights my heart. I want my children to Trust me completely so that I can flow in their life fully. When they Trust in me, they give me access to flow in their life and change the situations for them and help them. I want to see my children enjoy life, I have come that they may have life and enjoy life, that they may have abundantly overflowing life. (John 10:10)

The world, the devil has formed an image of me in their heart, which makes them difficult to Trust me, I have been portrayed as a Father who will not come to their help or deliver them, but that’s not true. I want to help them always and see them flourish. When they start understanding me and see me as I am – the loving Father, they will find it easy to Trust me and Walk with me and I will dwell with them and lead them in victory and wisdom. I want my children to spend time with me, spend time in the Word and understand my nature. I am a good Father.

God is a Good Father

Behold what manner of love the Father has bestowed on us, that we should be called children of God – 1 John 3:1

When Adam disobeyed God and fell into sin, curse and death, God in His Fatherly love found a way in Christ, by sacrificing His Son on the cross to fulfill the law and justice. He did everything for us, so that we can live in the Blessing, free from the curse of the law. He is a Father who will do anything to see His children happy and prosper. He could have just ignored us and left us in sin and death to perish, after all we disobeyed Him and deserve the punishment. But as a loving Father, He could not do that, He wanted to find a way out, no matter what the cost is. It cost Him His own son, He did not spare His own Son, but gave Him up for us all (Romans 8:32)

Let this image of God sink in our heart, that God is a Good Father, He will do anything to help me. He has my well-being in His heart, He thinks well about me, He cares for me. He said, I have come that they may have and enjoy Life and have it in abundance (John 10:10). When you see Him as He is, that is as a Loving Father, your heart will want to lean on Him and Trust in Him. As you Trust in Him, you give Him access to your life and let Him flow in your life and change everything that stands against you and oppresses you.

Spend time with Him, talk to Him, Read His Word and let the Spirit of God reveal His true nature. As you understand His true nature as a Loving Father, your heart will explode with Faith and Trust in Him and you will overcome anything in this Life that comes against you, because your Father is by your side.

Think and walk like the Child of God. Trust in Him, He is a good Father.