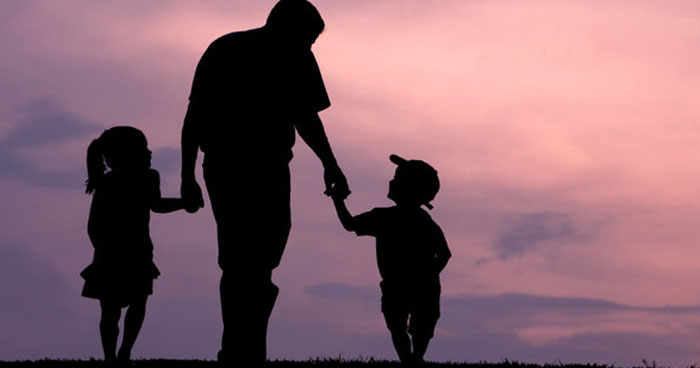 See how glorious a love the Father has given us, that we should be called God’s children—and so we are! The reason the world does not know us is that it did not know Him. 2 Loved ones, now we are God’s children; and it has not yet been revealed what we will be. But we do know that when it’s revealed, we shall be like Him, because we will see Him just as He is. 3 Everyone who has this hope in Him purifies himself, just as He is pure. –(1 John 3:1-3)

It’s a privilege bestowed on us by the Father who loves us so much to be called His children. The Father Himself loves us so much that He was willing to go through anything to restore us to that position of being His children. The depth of His love can be seen first when He gave us life and created us in His image to be His son or daughter. Second when we rebelled against Him, He did not give up on us to let us perish, but He was willing to come down to flesh and curse and subject himself to sin and death. He experienced death in the flesh to redeem us and restore us back to the position of being His children. He did not just restore us to be His children, but He has glorified us to an exalted position of Jesus Himself. We are raised to the position of His Beloved Son Jesus. In Him, we are righteous, blameless, full of Peace, Joy and Faith and in complete union with the Father, having full access to the Inheritance in Christ. Everything that Christ has access to as a Son, we have too, because we are hidden in Him, raised to His position by the Father’s Grace. Jesus accomplished everything for us, so that we can experience the benefit of it, of being called the children of God.

As children of God we are a unique breed of people. Though we live in the physical body, we have our existence beyond the physical. We exist in the Eternal realm, seated with Christ Jesus. We are empowered with the Eternal Life of the Father Himself. The Holy Spirit dwells within us and guides us according to His plan. We have access to the Wisdom of God through the Holy Spirit. We are unique beings in Christ existing in two realms at the same time, one physical and another eternal. The world has no clue of this access we have to the eternal realm in Christ through the Holy Spirit, so it can never understand us in full, just like it cannot understand the Father. When Christ appears, we will be in our real form, just like Him, filled with His Glory as children of light, eternal as He is.

This future Hope and the present-day awareness of who we are in Christ enables us to refrain from the defilement of the passing world. The world is temporal and passing away in time, but we are eternal beings. We are here to stay with Christ, the world is not. As we hold on to who we are in Christ and to the Hope of what we will be when He appears, we will be able to easily shake off anything of this temporal world that tries to attach itself to us. Anything of the flesh and the earth is nothing compared to the Life we have in Christ. The glorious eternal future we have in Christ.
Just like Gold after going through fire it emerges out stronger and purer, getting rid of all impurities clinging on to it; we will emerge out as children of God, more valuable than gold, free from the impurities of the passing world as we hold on to Christ and the Hope we have in Him – as the children of God.